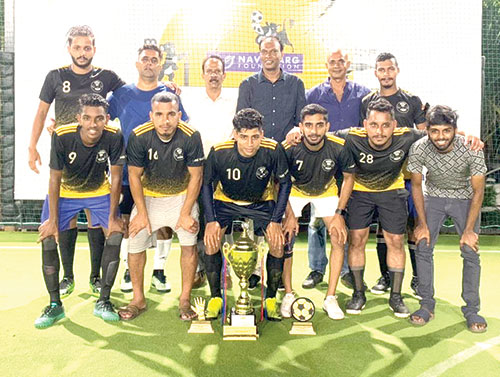 PANJIM: Black List FC scripted a hard-fought 5-4 penalty shootout win against Bab Bakers to clinch the Amateur Futsal Cup, played at Navemarg Camp Souza, recently.
The teams were tied 1-1 at the end of the regulation time.
Earlier in the semifinals, Bab Bakery edged Lazy Boys 4-3 via tie-breaker, while Blacklist got the better of Murida Sporting 4-1. Altogether 22 teams participated in the tournament.
Robert Fernandes, former captain of India was the chief guest and gave away the prizes to the winners and runners-up in the presence of Socorro Vaz, Veerendra Souza and others.