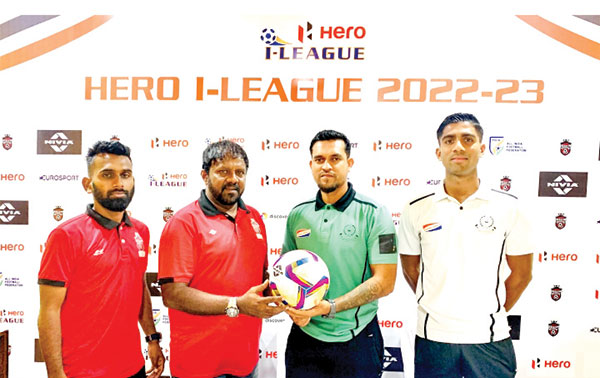 PANJIM; Churchill Brothers FC are doing their best to lift the mood in the camp.

The lone Goan representative in the I-League take on Mohammedan Sporting at Tilak Maidan, Vasco, on Tuesday, with the numbers not telling a happy story.

Churchill still have to register a victory and are languishing at 11th spot in the 12-team with just two points from five matches.

“The mood is not high, but we’re trying to motivate the players and they were quite upbeat at training today,” said assistant coach Mateus Costa who stepped in for Antonio Rueda, head coach.

“Mohammedan Sporting are very tough opponents and we are aware that in the last few matches we haven’t done well even though we have tried our best,” Costa said.

“We are eager to change things and get three points. Hopefully we’ll do it tomorrow.”

Costa was accompanied by Quan Gomes who was hopeful of things falling in place. “We have planned to turn things around. Let’s see what happens,” said the mid-fielder.

Costa said remorsefully that losing three foreign players to injuries has been a huge setback but is hopeful that the young players who step into the breach will grab the opportunity to prove themselves.

“We must give them the space to do so,” he said. “Thankfully, there are no further injuries in our squad.”

Costa reflected on a shaky defence and the propensity to concede goals arising out of silly mistakes that has undermined Churchill Brothers’s campaign so far.

“We’re trying to focus on these aspects,” Costa said.

Costa’s opposite number Joseph Naik is concerned about Mohammedan Sporting’s failure to pick up away points.

“We’ve worked hard and we’re looking into areas to improve,” he said.

Mohammedan Sporting are sixth on the table with six points, having notched two victories.

“We have prepared well and are confident going into the game which is crucial for us as well as for our opponents.”

“We’ve had concentration lapses in our games so far and we know we have a tough outing against Churchill Brothers,” Naik said.

“We know that Churchill Brothers are a very strong team and have several players of the squad last season. Their players have good understanding between themselves,” he added.

“But we have studied their strengths and weaknesses and we have prepared accordingly.”

Wayne Vaz, keeping Naik company, was buoyant. “We will go for three points and put on a show,” said the defender.

Naik, however, saw the incentive that would accrue from winning on the morrow. “It’s very important to get those three points because three home games follow. Victory here will bring in that extra energy,” he said.