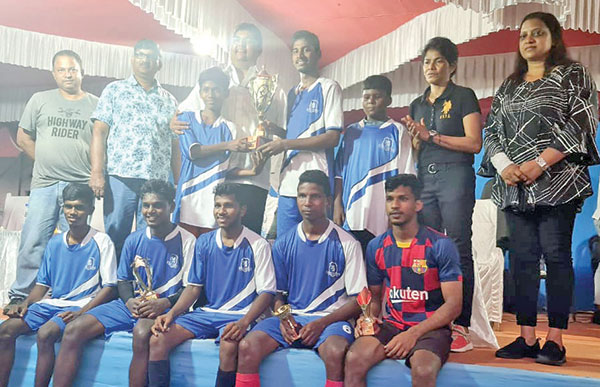 Cumborda took the lead in the 10th minute through Myron Fernandes, who scored from a direct freekick. Cumborda keeper Felito Fernandes made his presence felt in the game with a fine save to deny Nezly Hilario’s volley.

Curtorim MLA Aleixo Reginaldo Lourenco was the chief guest and gave away the prizes to the winners and runners-up in the presence other dignitaries and club officials. International referee Maria Rebello was also felicitated.