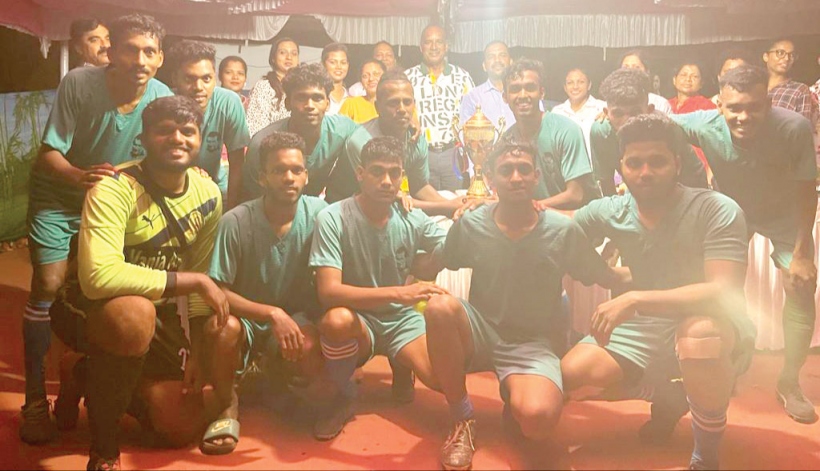 Fatorda made the better start but Millson Fernandes shot wide from close range. Varca were content with defending and got their rhythm after the restart but Fatorda goalkeeper Karol Soares denied rival striker Jolan Fernandes with a fine save.

At the other end Mohamed Shaikh kept Varca in the match with a terrific save of Ashley Furtado in the last minute.

Former Salgaocar defender Mariano Dias was the chief guest and gave away the prizes in the presence of Sarpanch Xavier Pereira, Deputy Sarpanch Glyda Fernandes and other panchayat members.