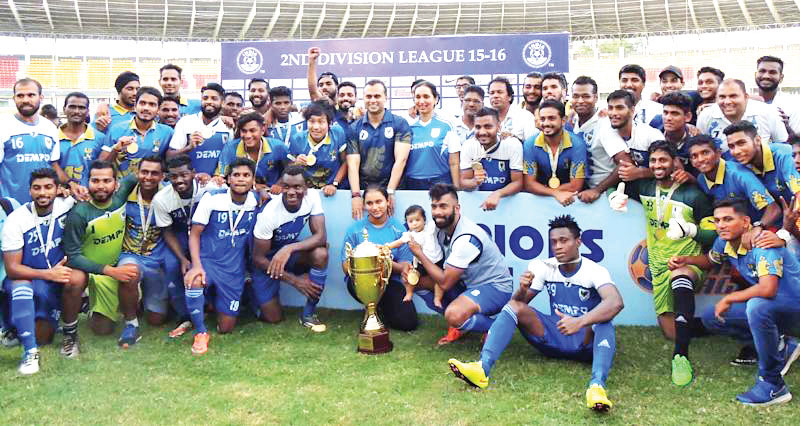 PANJIM: In 2019, the football community was ecstatic when a certain section of media rumoured Dempo Sports Club of returning to national football.

However, it was only after confirmation with the club officials that a certain post was misinterpreted. The joy was short lived when the club expressed no interest in the national league back then.

Dempo SC, the most successful club in Indian football history, opted out in 2016 along with Salgaocar FC and Sporting Clube de Goa, due to lack of a proper roadmap leaving only Churchill Brothers FC in the I-league and FC Goa in ISL.

But the day doesn’t seem far and we could see the Golden Eagles fly at the national circuit soon. This time it’s more certain than ever before. The club is learnt to be considering a move back in the National league.

When contacted, a source from Dempo SC confirmed that the club is discussing the possibility of participating in the Second Division I-League.

“We are in the initial stages of discussion and based on the entire study and also our budget we will be able to confirm this development,” stated the source.

However, the official didn’t deny a return to the national league. “Depending on all the situations we will take the final call,” added the official.

It’s not just Dempo SC. Goa Professional League champions, Sporting Clube de Goa, who had earlier been vocal of making a return to the national platform, have neither denied nor confirmed their interest.

Sporting Clube de Goa CEO Welvin Menezes, however, stated, “We have received a mail from GFA and are waiting for the GFA executive committee meeting. We will take a final decision after the meeting.”

As per the AIFF letter to Goa Football Association, the State association can nominate two teams to AIFF for the second division league.

AIFF will select one club per State based on sporting merit and upon successful compliance of club licensing criteria.

It has been given to understand that even Vasco Sports Club have expressed interest. Vasco Club Director Ravish Narvekar stated, “At the moment we are looking for a sponsor. We had made it clear last season that we would want to participate in the national league and if things go according to our plans, we are open to playing in the second division league.”

GFA General Secretary Jovito Lopes had this to say: “We have intimated the clubs about the AIFF notice and we are still awaiting their response. Till date no club has confirmed anything. We had received some calls making inquiries though.”

Although the State association is yet to receive any confirmation, it is most likely Goa might have a team in the Second Division I-League in the coming season.