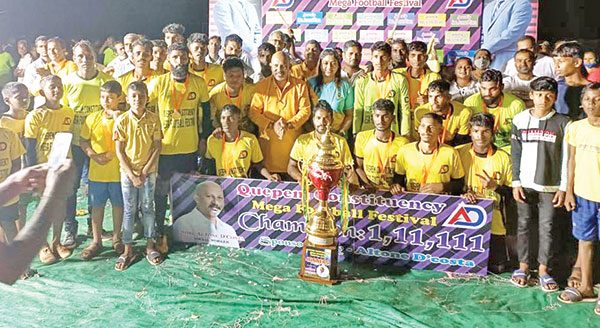 The score remained 0-0 at full time.

In the tie-breaker Prinson, Xavier, Miljort, Godwin scored for Devossa while Ratnesh, Advay and Sagar scored for Cola Boys. The winners were richer by Rs 1,11,111 while  the runners-up had to settle for Rs 55,555 besides a trophy.

Alton D’Costa was the chief guest and gave away the prizes in the presence of other dignitaries and club officials.