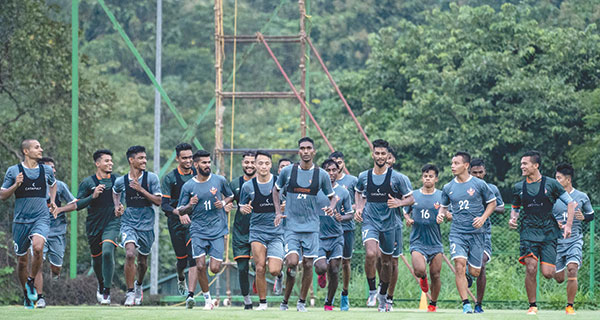 PANJIM: Much to the delight of the locals, 14 Goan players make it to the FC Goa’s 30-man squad for the upcoming Hero Indian Super League. Following the end of the domestic transfer window last week, the FC Goa squad for League action this season has now been submitted to the ISL.

Each club may register 35 first-team players with at least three developmental players (born after 1st January 2000) to be included in the squad.

Speaking on the squad days after taking over the reins on the practice ground, Head Coach Juan Ferrando said, “I am very happy to see a very good disposition to work hard and take another step towards improvement amongst all the players. After all, this preseason will be pretty different to previous ones for everyone and attitude is the key.

“Throughout the campaign, I would like to see the team improve week by week and game by game. Our goals as a team are to reach the playoffs and have a good showing in the AFC Champions League.”

As per the 2020/21 rules, All clubs are allowed to have at least five and no more than seven foreign players in their squad. Out of this, one of them must belong to an AFC (Asian Football Federation) member association country. Australian defender James Donachie fulfils that criteria.