Aghast at Sports Minister Govind Gaude for making over a 100 professional players from all over Goa suffer to accommodate 30-odd Khelo India trainees, petition with over 200 signatures sent to CM, etc 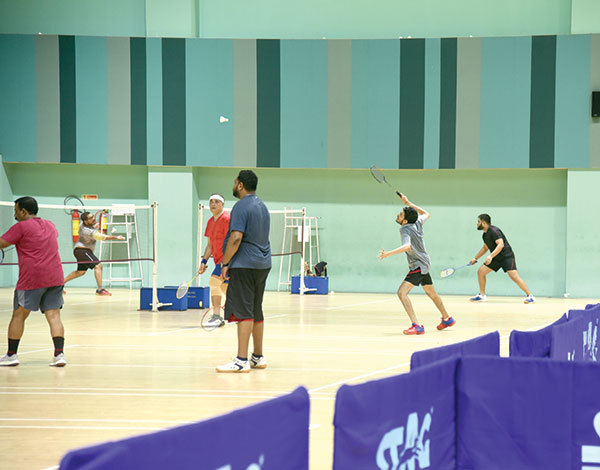 PANJIM: The badminton playing community at the SAG grounds has upped their ante against Sports Minister Govind Gaude for his arbitrary decision to alter their play timings and even casually suggest another venue for them to accommodate players who would enroll under the Khelo India project.

Professional players, those training for tournaments, and other regulars at SAG have shot off a letter with 200 signatures to Chief Minister Pramod Sawant, Sports Minister Govind Gaude, Panjim, and Taleigao MLAs, Director Sports  and senior members of the sports administrative body, stating that for 30-odd Khelo India players, hundreds of taluka, district and State badminton players besides regular RCC Trainees and students, cannot suffer.

The letter points out that the Khelo India Centre of Excellence is limited to 30 trainees (which too remains unfilled) while there are whose play timings have been affected by the restrictions enforced at Campal.

There are also Senior (men & women) players and Masters Players who regularly practise at these venues to compete at the state, national, even international levels. The diktat on timings threatens to snuff out their aspirations as well.

The indoor stadium, the letter stated, was built for the general public, to encourage them to take sports and fitness.  It has since become an integral part of their lifestyle.

To add insult to injury, the decision was taken without consulting stakeholders of disciplines in question despite various objections by the state badminton, table tennis and swimming associations.

The letter highlighted the fact that a Khelo India Centre of Excellence needs dedicated time slots and a secure environment, lacking at the Campal centre, the absence of which deters parents to send their children there.

The situation will scupper the efforts of the SAG and state sports associations who run coaching and training programmes. This would in turn destroy the morale and future of badminton players and stakeholders, the letter expressed.

The signatories made a fervent plea to move the Khelo India Centre of Excellence to Peddem Sports Complex with immediate effect. They reasoned it is a secure and ideal location. Doing so would render the Indoor Stadium and swimming pool at Campal available to the general public who have been enjoying the facilities for decades.

The harm that time restrictions at the Sports Authority of Goa, Campal, have caused the badminton community, especially district and state players, is best illustrated by Sushil Naik’s case.

He is 19 and is ranked No. 2 in the state in the singles category. Naik has been earning laurels for the state and has a bright future. He would practise in the evenings from 5.30 pm till 7 pm or even later. Not any longer.

This adversity stems from the decision by the SAG to allocate the relevant time periods to members of the Khelo India programme from August 1. The time allocated to the general public is inconvenient for a competitive player, say at the district or state level. It also deprives a player who is either studying or working.

Ayan Sheikh, another promising youngster, faces a similar problem. He plays mixed doubles, doubles and singles and is ranked in all categories. The change in timings means he struggles to get adequate on-court time. The much-heralded Khelo India initiative may be very welcome but it has certainly created problems for players who represent the state.

For parents of players it has been a very frustrating experience.  Astrid Dias’ mother, Lavina, is concerned about her 11-year-old daughter. “I think the government initiative is great, but why Campal? Why not Peddem?” she asks. Lavina pointed to the many courts available there along with the SAG hostel and the running track. She is perturbed about how things have turned awry at Campal.

“My daughter, along with beginners, would gain from coaching during sessions between 3 pm and 4.30 pm for beginners and intermediates, followed by and 4.30 to 6.30 for RCC training.  The afternoon was dedicated to the children. Now, three groups come together at 2.30pm. My daughter returns from school at 2.15 and doesn’t have time to catch her breath.

Arnold Rodrigues, father of Aloysius -- a state ranked sub-junior player – can’t bear to see his son in tears. “His day would start at 5.15 am and he’d be practising at 6 am for an hour before going to school,” he said.