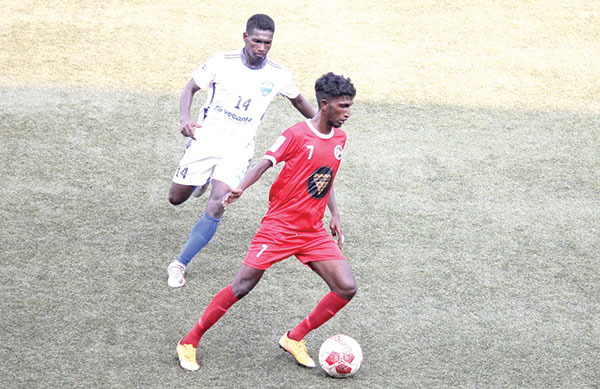 PANJIM: The Goa Football Association has come down heavily on clubs flouting COVID 19 standard operating procedures (SOPs) and it is learnt that the State association has taken action against Sesa Football Academy and Velsao Sports and Cultural Club on Wednesday.

According to the decision taken by the GFA Executive Committee, six points have been deducted from Sesa FA’s points tally after two teams – Youth Club of Manora and Panjim Footballers had lodged a protest against SFA for fielding an ‘ineligible player’.

The two teams had alleged that Omkar Shetgaonkar was named in their match line-up without undergoing mandatory 14 days quarantine though he was tested negative after being tested positive.

This leaves Sesa FA back again in the relegation battle as they now stand on five points.

The committee also decided to award three points to Dempo SC as their opponents -- Velsao Sports and Cultural Club reported for the match without undergoing COVID test.

It is given to understand that the South Goa team was scheduled to play Dempo SC on April 12, which was later scheduled for April 20 and hence should have undergone COVID test three days in advance.

“Even though the game was postponed, the club (Velsao) waited till the eleventh hour to do the tests,” stated a GFA executive member who spoke on the condition of anonymity.

The member further added that, “GFA, on April 19 had sent a mail stating that the COVID tests were not required but then immediately cancelled the earlier letter as the president made it mandatory to follow all SOPs and asked the teams to undergo the Covid tests as per the SOPs. All this happened within half an hour,” added the member.

The Goa Football Association’s Goa Professional League has been a thrilling contest and if one is an ardent GPL fan there couldn’t be a more dramatic end to the competition than this.

Velsao are now on eight points while SFA on 5 but the academy team has a match against Salgaocar FC and would need to win the tie if they need to survive relegation.

GFA has successfully conducted all the Goa Professional league games so far following all SOPs.