GFDC asked to shift base 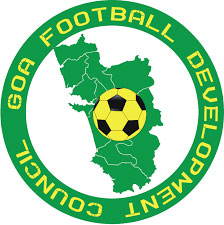 PANJIM: The Goa Football Development Council (GFDC) might have to find a new office space for second time in a year.

It has been learnt that GFDC, which had recently shifted their base temporarily at Bambolim Athletic Stadium from Dr Shyam Prasad Mukherjee Stadium, after the latter was made the COVID 19 care centre by the state government.

However, GFDC could be left to find their own space for second time in a year as their current temporary functioning office at Bambolim could be emptied once again by SAG, considering the take-over of the venue along with many others by the FSDL in a bid to organise the Indian Super League in the State.

Bambolim Athletic Stadium is one of the three match stadium along with Nehru Stadium, Fatorda and Tilak Maidan, Vasco to host the Indian Super League matches from November which will end in March.

According to sources, it has been learnt that the football body has already received notification from the concerned department regarding the same.

“The Sports Authority of Goa has requested GFDC to shift its Office from Bambolim Stadium to any place indicated in the letter of Executive Director SAG,” added a source who spoke on the condition of anonymity.

However, when contacted GFDC Chairman Brahmanand Sankhawalkar said, “we are trying to sort it out and there wouldn’t be many issues. At the moment we have amicably come to a solution and we shall be at the Bambolim stadium. We have a limited staff and wouldn’t require much space,” added Brahmanand.

But the Arjuna Awardee didn’t rule out possible shift and added, “at this juncture we shall be working from Bambolim but in future after few months, we might have to shift,” added Brahmanand.