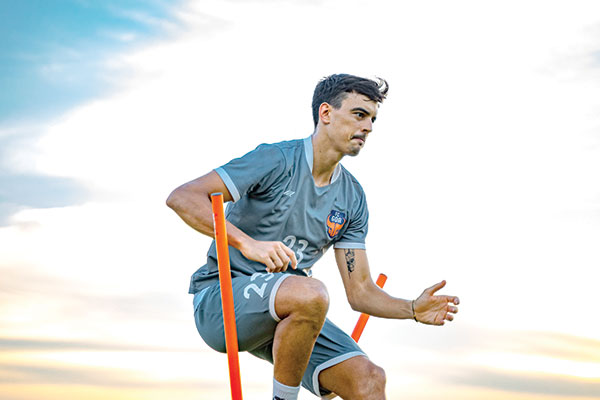 PANJIM: FC Goa will look to narrow the gap at the top as they stay focused on their clash against Jamshedpur FC match whom they host at Nehru Stadium, Fatorda, on Thursday.

The Gaurs had a poor start but recovered well in later stages with back to back wins, thanks to their late goals despite conceding first. Even though Juan Ferrando seeking the Gaurs to start the game well rather than being reactive, the men in orange preferred to keep it late and score only after conceding first.

Despite all the issues, they sit third on the table. But that’s not we all expected from a side which were known for attacking football. The Gaurs have managed to grab just 15 points from first 10 games. But the coach now expects to get positive results from  every game in the second phase.

"Our target is to get three points every game. In the first round, we are not completely happy. We move game by game. After Jamshedpur, we have ATK Mohun Bagan. It is difficult in football to be completely happy. We lost four easy points. We have got some exciting young players. The character of the players and personality has been a big positive,” expressed Juan Ferrando while addressing the media during the pre-match conference.

Jamshedpur FC wouldn’t be an easy affair for the Gaurs, as Owen Coyle has Nerijust Valskis in their squad, who has proved deadly for the visitors in this campaign. However, Ferrando has no plans for any individual rather on whole as a team.

"I believe in my squad. No individual plan for anyone. Be it Valskis, Lima or Jackichand. For us, it is important to play as a team and to prepare against the Jamshedpur side. Jamshedpur is a very good team. We have to improve game by game. We try to find our mistakes and in the training, we are working on it. We don't want to repeat the same mistakes,” he added.

"They are strong in set-pieces. But we have a solution. It is important for us to control the timing and space. The last goal from Valskis was perfect. But the aim is to control the second ball," the Spaniard added.

Goa can still register a foreign player and with the January transfer window being open, Ferrando confirmed his side are checking players.

"We are checking players but it is important to get players who can help the team and help the young players improve. These two points are very important. If we don't get players fulfilling these two criteria I am happy with the squad until the end of the season,” he added.