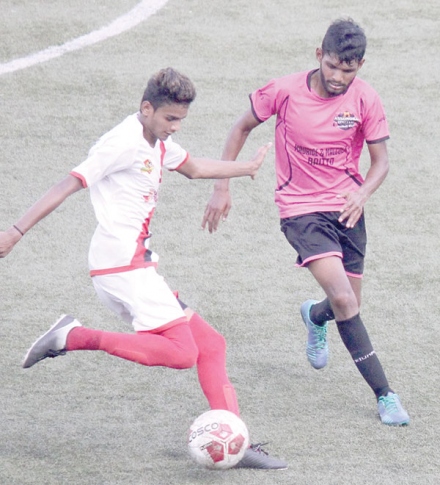 PANJIM: The Goa Football Association will host the state elite football league— The Goa Professional League in the second week of January, 2021.

“There is good news for Goan football lovers. The football action will be back in Goa soon. We will be hosting the Goa Professional League in the second week of January 2021,” stated Goa Football Association President Churchill Alemao at GFA secretariat at Panjim.

The GFA Goa Professional League usually begins in August but due to the COVID pandemic, the league was pushed to a further date in December. It finally sees the light after the State football Association president confirmed of hosting the league in January 2021.

“Goan loves football and nothing can separate the Goans from the beautiful game. We will mostly host the top tier league following all precautions and SOPs during the league operations,” added Alemao.

Alemao also urged the youth not to give up on sports during this time and continue working hard on their fitness. “Fitness is key to healthy lifestyle and hope all the footballers are working on themselves on their own taking all precautions. We want to see maximum Goans in national football leagues and this league has been helping the youngsters. I hope the youngsters give their best in the league as surely we will see few of them next season in India’s top tier league,” he added.

GFA Vice President North Lavinio Rebello stated that the league will be hosted in the best way possible and said, “There will be a sponsor on board for the professional league and it’s an excellent news not only GFA but the entire state. Now since it’s for sure we are going to kick-off the league, I request the 12 clubs to start gearing up for the professional league. They should also start registering the players. Since the second window will start in January, the players can be brought in during this window.”

GFA Vice President South Anthony Pango confirmed that the league will be broadcasted live this season and said. “Most of the matches will be played at GFA ground at Duler and we shall ensure players safety to the maximum. There wouldn’t be spectators at the stadium but we will ensure the fans get the opportunity to cheer their team as this edition will be broadcasted live.”

“It’s a good for Goan football that the league will commence. Most of the sporting events have started now and we will ensure our Goan footballers too get the chance of playing once again. We will give detailed SOPs for the league after having a meeting with the committee,” added Pango.

The league is most likely to be played single-legged and would be completed by the end of the football season.