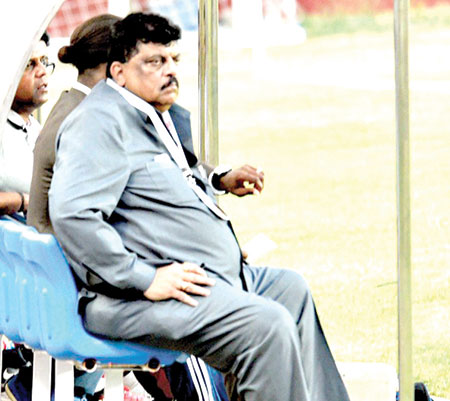 PANJIM: “Life is more important than football but I also understand the need to have a meeting of the Executive Committee. The Government has sent us a circular asking us to restraint from having meetings since COVID-19 is getting worse in Goa. Yet, I am going to ask the secretary to write to all the Executive Committee members hem  whether they are ready to come for a meeting at their own risk and that they should give it in writing,” Goa Football Association (GFA) President Churchill Alemao told Herald.

The circular sent the Secretary Legislature reads: “Due to the prevailing situation in the country and the State of Goa, it is advised to all Members that it would be prudent not to have any meetings, briefings and other activities which results in gatherings in an enclosed space.”

The last Executive committee meeting of GFA was held on January 20, 2020 and a few executive members have been pressing for another meeting to discuss the future course of action.

“It is not possible to have an Executive Committee meet in the GFA premises because of social distancing norms. I was not aware that there is place in Duler stadium where a meeting can be held where social distancing can be maintained. I will check on it and  if the members give in writing that they are ready to attend the meeting at their own risk to their health, I will have the meeting in Duler ,” promised  Churchill.

“I had met Shivanand Salgaocar and Shrinivas Dempo recently and both were of the view that the Goa Professional League should not be held this season. Personally, I cannot imagine a season without football and yet I cannot see football being a source through which people can be affected by the disease,” disclosed Churchill when asked on the way forward.

“I think we can still have the Professional league but in a modified way. Instead of resorting to the home and away format we could have a league where teams only play once again each other and the winner is decided. This is my perception that I will put before the Executive Committee,” disclosed Churchill.

“We are in the month of July and we are not able to start any inter-village tournaments which are the backbone of our football in Goa. The clubs understand the problem and they are not crying about it and that is why I feel it funny that some members are making a noise about GFA not renewing registration of clubs. All clubs in Goa know what they mean to me and as long as I am in-charge their interest is primary in my mind,” stated Churchill.

“I have my team in the Goa Professional league and therefore do not want to take a call on what is to be done to last season’s league. Obviously the league cannot be restarted and I do not think it will be fair to declare the table topper, before the league was called off, the winner because there were other teams with a chance of winning the title, including my team. In such circumstances the league would have to be made void and we move forward with the same format of the season prior to the last one. The Executive Committee will take a call on it when we meet,” stated Churchill, elaborating on the impasse of the season that got interrupted from March 20, 2020.

“I know that some youth tournaments had not started and some that had started but were not competed. Is this the time to discuss that when we are actually trying to grapple with the manner COVID-19 is hitting us in Goa? I had actually thought of a meeting once the Lockdown was lifted but things are looking worrisome now. We are going through a bad phase and once it passes I am sure we will be able to settle matters. Unnecessary haste will only add to confusion,” concluded Churchill.