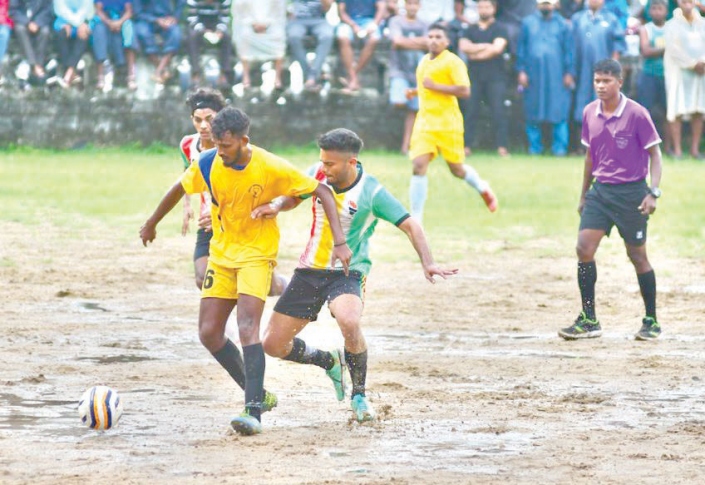 SIRLIM: Navelim Villagers Union defeated Cuncolim Union 10-9 via the penalty shoot-out and sailed into the final of the 23rd All Goa Our Lady of Merces 8-a-side Inter Village Tournament 2022 Organised by Sirlim Sport Club and played at Our Lady of Hope Church ground Chinchinim.

Clinton Niasso opened the account in the first minute of play to put Navelim Villagers Union in the lead. In the 4th minute Clifton of Cuncolim union left footer was well saved by Navelim keeper Selvin Gomes.

Both teams played attacking football but the forwards ran out of ideas on reaching the the rival areas.

In the 25th minute Dualat levelled for Cuncolim Union with the teams leaving the field sharing two goals.

In the second half Prestly Gomes regained the lead for Navelim Villagers with a neat placement in the 45th minute giving no chance to Cuncolim Union goalkeeper Shaikh.

Ashwin Velip was shown the yellow card for dangerous play and Cuncolim Union were awarded a penalty which helped them to draw level.

In the shoot-out, Navelim Villagers Union  proved to be better shooters with a 10-9 victory.