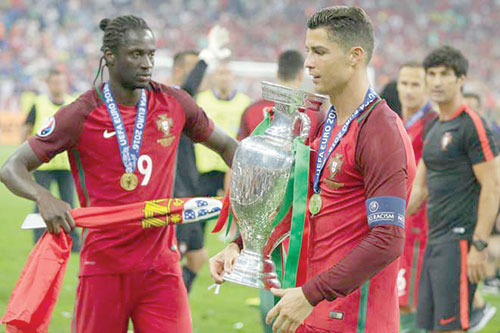 Even before the final squads of any teams could be announced for the Euro 2020, defending champions Portugal were termed  favourites by world football fans or you may call them pundits.

In what could be his final Euro championship, this could be Cristiano Ronaldo’s year of chasing records, but besides having the goal-machine it’s also going to be Portugal’s championship with plenty of talented youngsters making it with the likes of having Bruno Fernandes, Ruben Dias, Bernando Silva, Joao Felix, Pedro Goncalves, Rui Patricio and Andre Silva all proving at club level making them the strongest in the competition.

For the first time in recent years, Portugal wouldn’t be just about an individual. And why not, the team which was known to be ever dependent on Cristiano Ronaldo for a long time has finally found a bunch of talented footballers, thus, making the defending champions undoubtedly one of the best and most feared teams to participate in the championships.

However, the competition has plenty of weird stats which might put a serious doubt on Portugal. Four-time FIFA World Cup winners Italy who open the Euro 2020 campaign on June 11 against Turkey at Stadio Olimpico, have won the Euro just once and that was 53 years back in 1968 while England have never tasted success here while Germany have the joint most success at Euros (three) with Spain.

What’s startling is, in the 61-years of Euro Championships, just one team has managed to defend the crown and it has been Spain back in 2012 when they had a walk in the park against Italy with a 4-0 win to create history.

Having the best squad would be a relief at the start, but the journey isn’t an easy one for the defending champions to begin with. Ronaldo and his army will have to prove their worth against Frenchmen Kylian Mbappe, Paul Pogba, Karim Benzema, Germans in the form of Thomas Muller, Toni Kroos, Serge Gnabry having been potted in a group full of intrigue. Portugal will face World Cup winners France, Germany and Hungary in the Group F and only topping the group will boost their chances of being the second team to defend the crown.

Defending the title has always been the most difficult task. It’s observed that the champions crash out in the initial stages of the tournament. Spain were the only team to win back-to-back crowns, the Euro championship might have been blighted by the champion’s curse.

However, after 61 years, Portugal has the best chance to be the second team to win the title considering the depth of the squad. However, the real question remains, can the Club level stars – the blend of the young and experienced – lead Portugal to their second title? 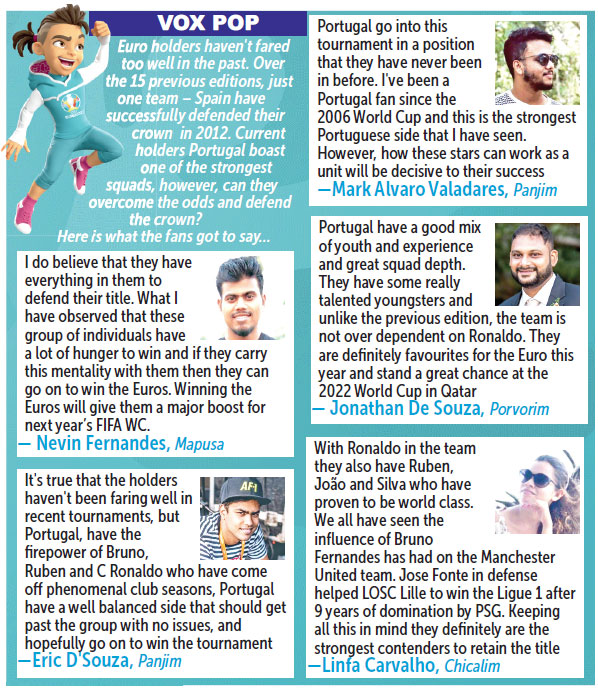 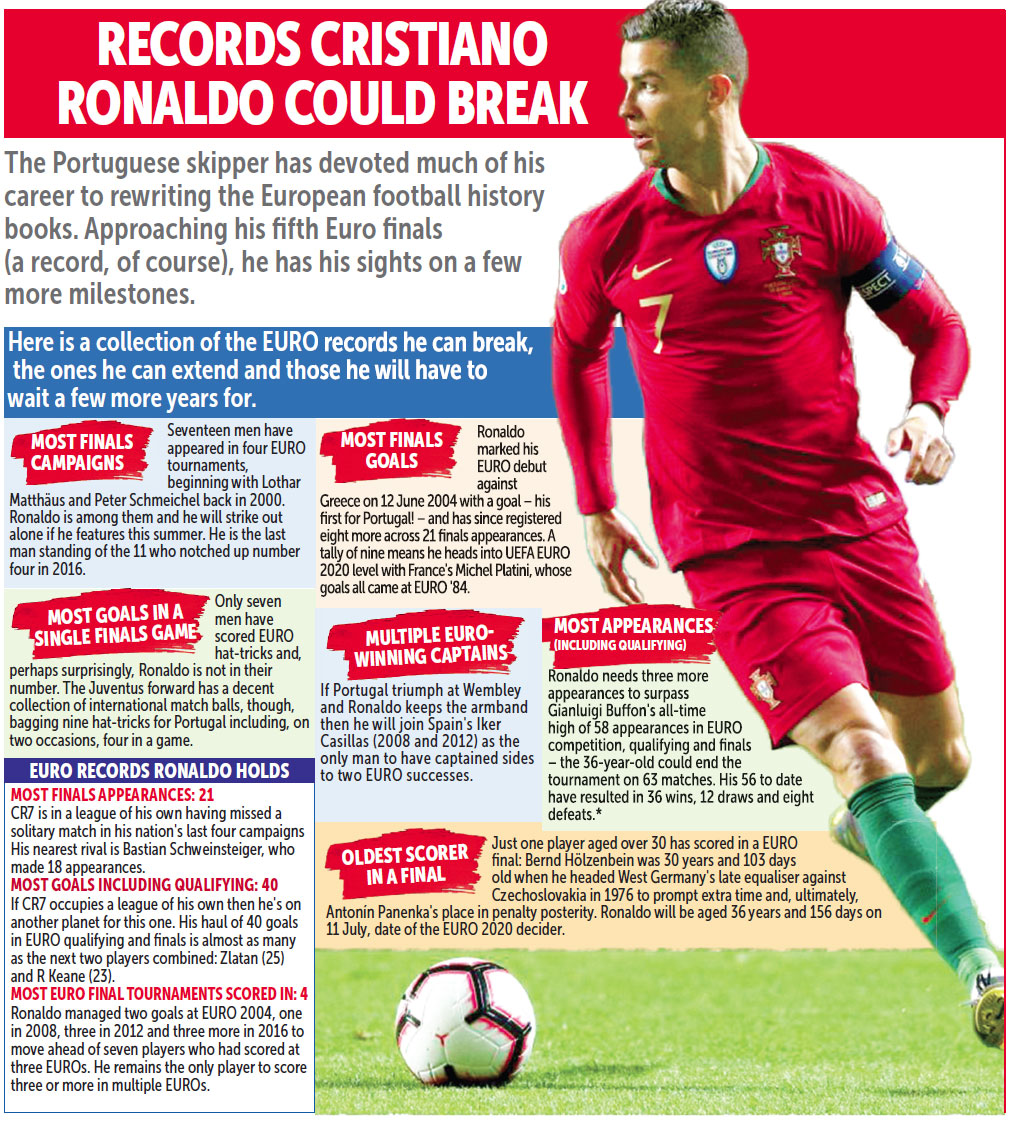