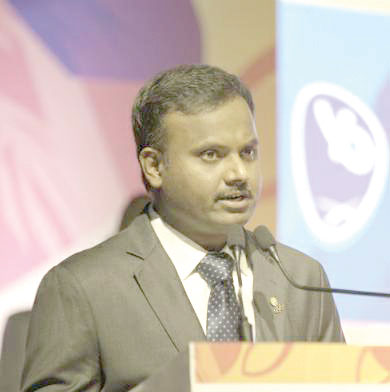 PORVORIM/BAMBOLIM: The Sports Authority of Goa (SAG) has invited a Request For Proposal (RFP) tender to select a Facility Management Operator to run the Dr Shyama Prasad Mukherjee Indoor stadium in Taleigao- a first by a sports body in Goa.

“The SAG has been depending on Grants from the government. The government has its own priorities on spending and that is why we thought of leasing out the facility to a private operator so as to be able to gain financial self sufficiency,” Sports Secretary Ashok Kumar told Herald.

“The department was thinking of implementing this proposal quite a while back. It was the start of the pandemic that delayed this tender and it is not that the SAG is trying to hand over the running of the Shyama Prasad stadium to a private player because of the pandemic,” said Kumar allaying doubts that SAG is looking for private operators to fight the fears of a slack in demand because of COVID-19.

“The mandate of the SAG does not allow us to solicit business from outside the field of sports though we have leased out the place for other events. A private operator will be in a better position to market the place and will thus be able to give us better revenue then what we are getting today,” opined Kumar.

“We have not laid a base price for what we are expecting because we want to see the response, since this is our first foray. Some of the infrastructure built by the government for big events cannot be used for practice and since the state does not hold big events regularly, earning revenue through them to develop sports in the future is one of the best models,” surmised Kumar.

“Sports will not suffer because we have kept fifty days of the year for sports facilities. Goa University has been using the stadium for their volleyball and basketball tournaments since the start of the stadium and it will continue. In addition, the private operators are entitles to lease out the facilities for sporting events too,” V M Prabhudesai, Executive Director of SAG informed.

“The private operator will be able to blend sports and cultural events once they take over,” stated Prabhudesai.

“We know how much we have earned through these years and therefore we are not going to be foolish in accepting any bid lower then what we have already earned,” stated Prabhudesai.

The Shyama Prasad stadium , according to records , hosted 18 sports events since 2014 and earned a revenue of over 17 lakhs and eighty eight private events and earned over Rs seven crore.

The Shyama Prasad stadium has played host to basketball, volleyball events during the Lusofonia Games, and International Chess Grandmasters and table tennis events thereafter; and the opening and closing ceremonies of the International Film Festival (IFFI) organised by Goa besides fairs, exhibitions and concerts.

“The Shyama Prasad stadium was normally used for fairs, exhibitions, weddings or political functions. So, whenever we wanted it for our events it was difficult. We (Goa Table Tennis Association) wanted to use it to host our state National last time and could not because it was booked and we had to shift to Mapusa,” stated Vero Nunes, President of Goa Table Tennis Association (GTTA).

“The SAG spends around Rs one crore just on its maintenance every year. It is not easy to manage such infrastructure without a steady stream of income. The maintenance will be looked after the selected operator,” stated Mahesh Revankar, assistant secretary complexes in Bambolim where SAG office is presently operating from.