State gears up for ISL 7 with TRAINING ground allotments

The Vadi ground in Benaulim has been assigned to Chennaiyin FC while the Utorda ground to ATK Mohun Bagan; These are the only two practice grounds with floodlight facility 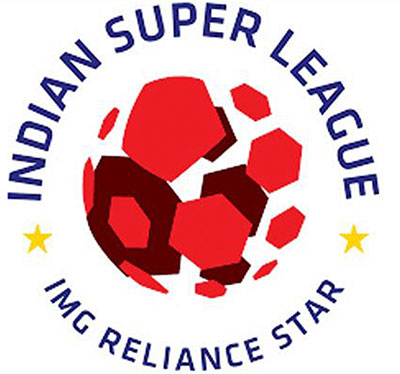 PANJIM: Goa has been chosen as the host State for all ISL 7 matches due to the pandemic. Whilst the Nehru stadium in Fatorda , Tilak Maidan in Vasco and the Athletic stadium in Bambolim have been selected as the stadiums to host the competition, ten grounds – six belonging to Sports Authority of Goa (SAG) – have been shortlisted as practice grounds for the teams.

From the ten practice grounds selected, two – Vaddi ground in Benaulim and the Utorda ground – have floodlights facilities. “Chennaiyin FC is going to be allotted the Vadi ground in Benaulim and ATK Mohun Bagan will practice in Utorda,” an ISL source confirmed. “The other teams are still trying to get one of the two grounds assigned to them because they have floodlight facilities,” the source added.

“We have been advised by our medical team that players should be asked to refrain from using the toilets and changing facilities attached to the training grounds. As such, we have shortlisted grounds closest to the hotels so that the players come prepared for training directly from their hotel and get back to the hotel immediately after training,” disclosed the source.

“We are not investing more on the facilities being provided at the training grounds. But that does not mean that we will leave things in depilated conditions. All changing rooms and toilets in the training grounds will be usable but if they do not want to use them it is their look out,” Mahesh Revankar assistant secretary of stadium with Sports Authority of Goa (SAG) said.

The Athletic stadium will host 41 of the 95 matches whilst Tilak Maidan and the Nehru Stadium will host 27 matches each. The finals and semi-finals will form part of the matches are tentatively scheduled to be held in Bambolim, ISL sources told Herald.

“The stadium in Bambolim has been allotted as home ground to four teams because the television crew found it more convenient. As before, there will be only one match per day,” an ISL source said.

“State of the art machinery to maintain the grounds have already left New Delhi and should be arriving in Goa by the end of this week. They are first going to start maintenance work at the Nehru stadium in Fatorda and then the other two main grounds. The practice grounds will be touched later,” Revanakar said.

“Apart from the playing field, the organisers will check the conditions of the floodlights and do the maintenance where needed. There is not much work at the Tilak Maidan as we had already spent there to keep it ready for the National Games,” he added.

“Goa offered us their facilities for half their normal price. What really worked in Goa’s favour was the single window offered for all licenses and the closeness of the place. We will be spending a tidy sum on the maintenance and refurbishment and at the end Goa will remain with many football grounds in good playing condition,” concluded an ISL source.