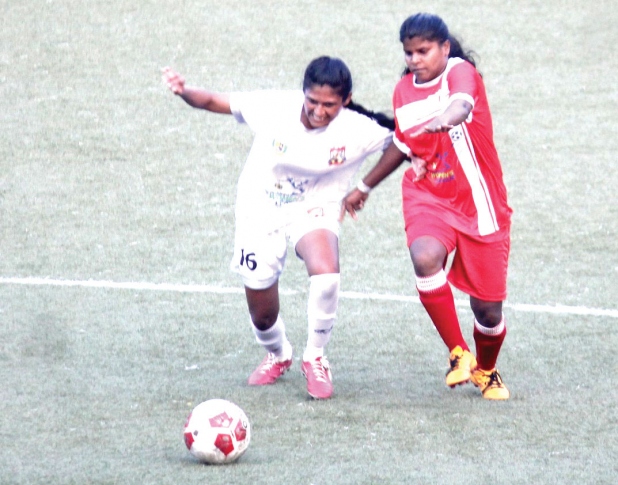 Compassion eves were indeed a better side that went into the breather with two goals lead through Alicia Fernandes (25th) and Stessi Cardozo (35th).

Kelbai eves that had won their earlier two matches did have a couple of attempts at the rival goal through Simran Narvekar but keeper Shubali Gaunkar collected them confidently.

In the 25th minute, a well measured cross by Compassion's Joyvi Fernandes was connected by Alicia Fernandes into the goal to give his side the lead.

Ten minutes later, a scorching 25-yard strike by Stessi Cardozo crashed into the nylons to make it 2-0.

Just three minutes into the second session, Stessi Cardozo netted a brace were her fierce shot sneaking into the net to make it 3-0.

Former National Stessi Cardozo proved her might by brilliantly curling the corner into the far corner of the goal to make it 4-0.

As the match progressed, striker Karen Estrocio who worked tirelessly accounted for the fifth goal 5-0.