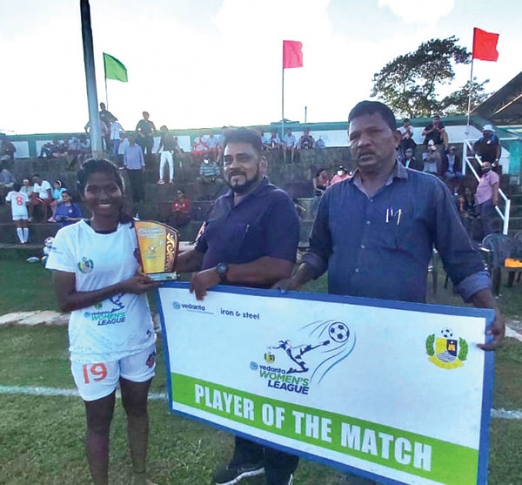 In a match which saw plenty of missed chances, Sushmita Jadhav scored a brace to grab full points for the side who are now on six points from two games. Compassion FC are yet to open their account.

"We missed plenty of chances today, including some easy goals. Our players had control of the game but the ball was just not going in. We could have done better. Now we have to look forward for the next game against Sirvodem SC and we will have to do better against them," stated FC Goa coach Sugitesh Mandrekar.

Dominating the game, FC Goa took the lead in the 24th minute where Sushmita's left footed dipped shot perfectly beat the keeper to give her team the first goal.

FC Goa created plenty of chances where Alisha and Namita missed a couple of chances. The midfielders Velanie and Vailanka D'Souza too couldn't get the ball at the back of Compassion net.

After much probing, FC Goa finally scored their second goal through Sushmita again. It was Pushpa with the initial spade work. The winger ran down the right flank and sent in a cross in the area to Sushmita, who had to just tap the ball home to make it 2-0.