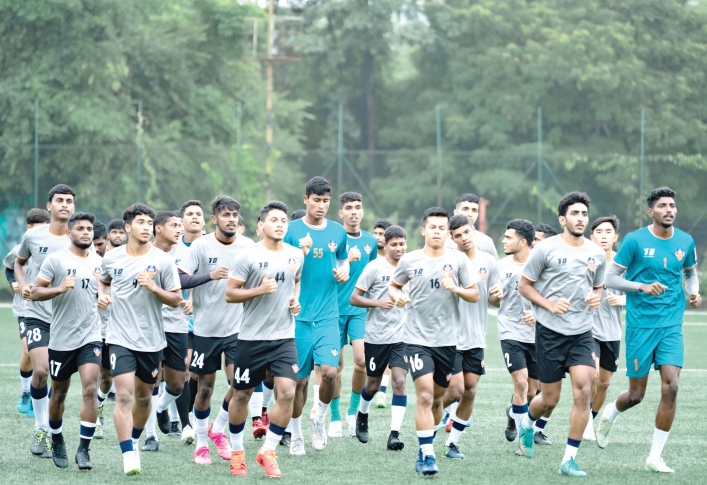 PANJIM: FC Goa head coach Deggie Cardozo said that the tag of holders will not be an added pressure on the team when the Gaurs defend their Durand Cup title.

“I won’t say there’s any ‘added’ pressure as such, given the tag of ‘defending champions’. Our top objective, of course, is to try and bring back the trophy home and we have been preparing for the same as well. The team is in good shape, and the players are eager to show everyone what they’re capable of,” Cardozo said at the pre-tournament press conference on Thursday.

FC Goa won the hearts of fans last year with their stellar performances in the Durand Cup by becoming the first ever ISL side to clinch the title.

“It is a pretty different story this time as a young team looks to defend their title,” said Cardozo.

“Without a doubt, these are strong teams. However, we’d like to keep the focus on ourselves and what we can do. We’ll be taking things forward one game at a time and one opponent at a time,” the coach added, when asked about FC Goa’s chances in the tournament.

Twenty-two players from the FC Goa Dev Team have been called up for the Durand Cup, by virtue of their performances last season in the Goa Pro League and the Reliance Foundation Development League among other competitions.

“The players did very well last season. At one point in time, we were playing multiple competitions simultaneously and still managed to hold our fort quite well. It’s by no means a small achievement to finish among the top teams in the GPL, the RFDL and the GFA TACA Goa Under-20 First Division League, so they completely deserve this opportunity,” Cardozo, who was also their head coach, said.

“The Durand Cup could be a stepping stone for them to the first team, and I’m hoping they use their chances well,” he added.