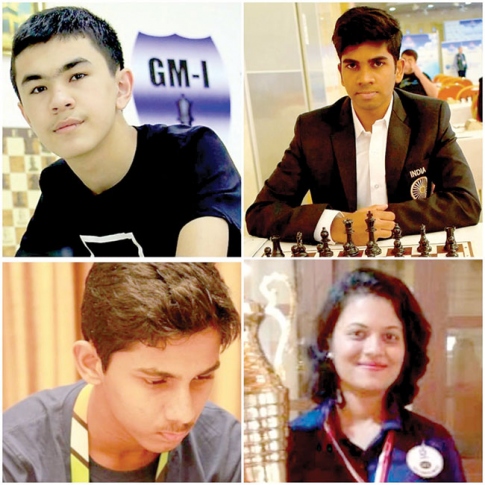 He scored 12 out of 15 rounds. This marks the culmination of a successful series of 5 online tournaments in which 1717 players from 11 countries , world over participated. The brand image created during the 1st two offline event conducted by Goa Chess Association helped, as there was an enthusiastic response from players from all over. While GM Sindarov Zavokhir was champion in category A (Above ELO 2000), Lazzari Sergio of Argentina was champion in Category B (Below ELO 2000), Nawin M S of Tamil Nadu, India was champion in Category C (Below ELO 1600), IM Taher Theolifus of Indonesia was champion in category D (Bullet format) and Goa’s own FM Nitish Belurkar was champion in category E (Chess 960 format). FM Nitish Belurkar thus became the first Goan player to become a champion in a Grandmaster Event. Besides cash prizes of Rs. 1,20,000, the Goa Chess Association has given medals with image of Shri. Manohar Parrikar engraved to the 1st three players in each category. This is the only online event where medals were given and the same was couriered to all winners.