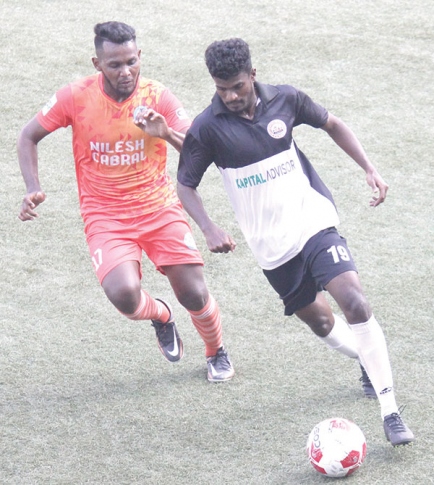 MAPUSA: Velsao Sports and Cultural Club started their campaign of the CAM Goa Professional League on a winning note with a 2-1 win over Guardian Angel SC played at Duler stadium here on Tuesday.

Velsao SCC went into the breather with a goal lead from the boots of U20 Shario Gomes (45th min).

At the stroke of 45th minute a long kick by Velsao keeper was headed by Imran Khan to well positioned U20 Shario Gomes who cooly placed the ball into the goal to give his side the lead.

On resumption of play Velsao further increased their lead as Angel's defender Pranit Tamang handled the ball inside the 18-yard box prompting referee Deepraj Sangelkar to point to the dreaded spot.

In the added time a splendid cross by Johny Manbha was superbly headed by Rosario Mendes into the Velsao goal 2-1.