We don’t know when the Nat Games will happen: CM 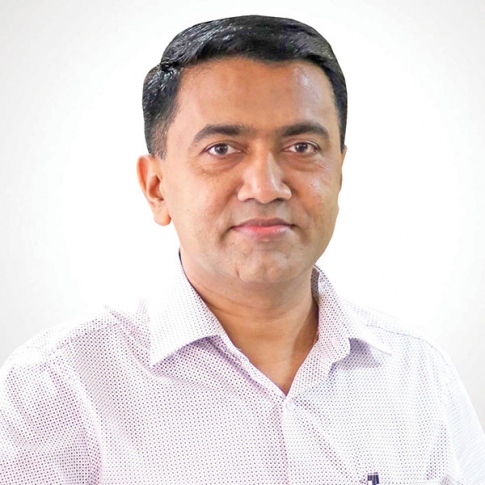 Addressing the gathering during the SAG annual general body meeting, Sawant stated, “We don’t know when National games are going to happen but from our side for National Games we are fully prepared. We  are almost ready with Infrastructural work,” said the Chief Minister who chaired the SAG meeting in Panjim on Tuesday.

Further, he informed that under the Khelo India Project the Government has already taken two to three projects and it will be completed soon.

The Chief Minister congratulated all the National level winners from different sports activities. He said, During Covid-19 Pandemic times also the Government has allotted required funds to SAG.

Sawant stressed that all the associations have to promote the campaign “Fitness Ka Dose Aadha Ghanta Roz.”  He said, “I have also interacted with all the P.E teachers during the Workshop organized by CMO. The intention behind organising this activity is to ensure that Sports activities are also integrated.

He urged all the members of SAG to make awareness about the Schemes implemented by the central and State government in the Sports field.

“We are organising various events under [email protected] celebration in which youth should participate in large numbers,” he stated.

He also directed SAG to promote youths who are participating at National level and also help them to apply for Sports Certificate so they can later apply under Sports quota  reservation.

Deputy Chief Minister Ajgaonkar in his address said that the Government is spending a lot of money to promote Sports activities but the Associations have to work hard. The Government is ready to make necessary efforts to prepare the youth to represent Goa at National level. He said the government has provided better infrastructure and we require players to win medals for Goa.