Snickers and stickers in amchi bhas

Every true Goan will agree that when it comes to expressing yourself, nothing comes close to Konkani expressions! Facilitating just that through the recent Sticker feature on WhatsApp is Billytoons Goa in collaboration with WHN Digital, creating Goa's first exclusive Goa centric Konkani WhatsApp sticker pack. Café speaks to Billy, who has been creating Goan cartoons with a message 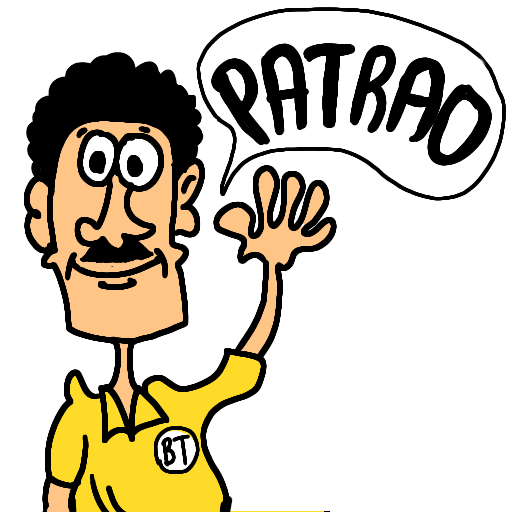 Billy Joe Fernandes, a Sirsaim lad working in Dubai, can’t keep his mind and heart off Goa. Any development in his homeland prompts him to get to his drawing board and create a cartoon highlighting the issue affecting the common Goan. It was no surprise that when WhatsApp launched WhatsApp stickers, Billy was excited to explore this platform with a collection of Goan Konkani stickers. After they were ready with the WhatsApp requirements, they sent their proposal request for approval of the first 5 stickers that were created. Once verified and approved to use for WhatsApp, thus began the Goan WhatsApp stickers journey. With 50 plus stickers and more in the pipeline, their team is targeting to get 100 Goan WhatsApp stickers out before the new year.

Sharing his journey, Billy says, “We have always been Goa centric with our work. Our heart beats for Goa. The idea of having Goan WhatsApp stickers originated on a regular Dubai weekend with William Britto, as we sat across the Karama Tea shop in Dubai. It’s been almost two weeks now, from taking that idea to making it a reality. When WhatsApp rolled out its WhatsApp Sticker feature few weeks ago, we knew we had to connect Goa to it in some manner; the work began straight off.”

The entire team at WHN Digital is based in Ucassaim and it’s the same team behind Goa's first official Konkani online entertainment platform, goenchobalcao. com and Goa's online wedding platform, weddingsdegoa.com. Billy explains, “They are our tech team as they have worked and tested these stickers with full integration, lead and guidance entirely from Dubai. This is a Goan project to the core. They have worked hard in getting it released as quickly as possible, as they share the same passion as we do, being away from Goa. After inception, all the ideas were being shared across to them via WhatsApp/emailsand video conference calls from Dubai.”

To keep the stickers Goa centric, Billy, William and their friends had to put in time for brainstorming a range of Goan words. “We were engrossed in giving Goa something beautiful and tech oriented. The idea of having local Goan words into an image, which could portray Goa and Konkani together, had to be fleshed out. The tech part had to be sorted as we had rough sketches prepared and seen live on how they would look if sent on WhatsApp. We were working on live software to see the end product even before its release,” says Billy.

The stickers need to be drawn on a digital front on the ipad, and then using an app developed by the team, the stickers are compiled before being extracted to the WhatsApp engine, which are further sent for test checks and then released out.

How can one install these stickers and use them on their phones while chatting?

“Our Team at WHN Digital in Ucassaim are in the process of getting our App on Google Play, which will be called ‘Goan WhatsApp Stickers’. Once we have it approved, Goans can download the app and use the stickers directly on their chats. They can also send the ones already out via send option. The App should be available on Google Play somewhere close to December,” informs Billy.

The stickers are available for everyone and have connected the global Goan disapora digitally. Speaking about the feedback they have received after announcing the WhatsApp stickers on social media, Billy and the team were overwhelmed with the requests for the stickers. “We did not expect these WhatsApp stickers to create such a hype, especially with the youth. On the first day itself, we had more than 300 requests personally sent on our phones to share with them the Goan WhatsApp stickers. People are liking them and sharing them. The best part is when we get our own stickers back to us on our individual chat line. The feeling is just different. That’s the best reward for developing Goa’s first WhatsApp sticker pack,” concludes Billy.