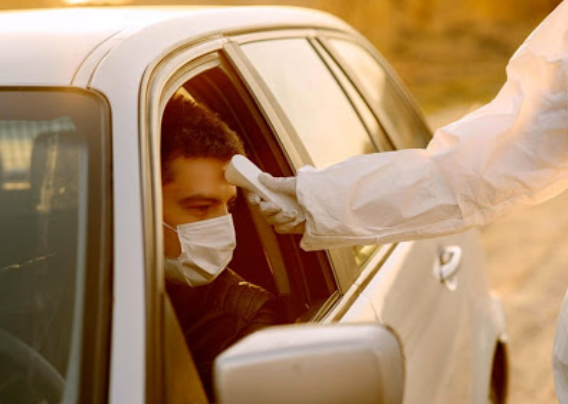 The spread of the novel coronavirus is showing no signs of abating in the State. As numbers rise geometrically around the country, Goa has also shown similar increases in disparate areas of the State. Goa started the month of June with 70 confirmed cases of COVID-19, of which 28 were active. On the last day of the month, the number of cases had risen to 1,315 and active cases, as per the statistics released by the government were 716. There have been recoveries, that number 596, but the fact remains that from cases in double digits, Goa went to four digits in the space of less than 30 days, and there is no respite in view. It is time,therefore, to take added precautions as July begins.

On the day that the Central government announced Unlock 2, with some more relaxations, the Goa government declared two more containment zones in the State. The following day there was another micro containment zone declared in three areas of Sanquelim. Simultaneously, Chief Minister Dr Pramod Sawant has gone on record stating that lockdowns were not the solution to the COVID-19 pandemic, but that social distancing, wearing of masks in public places, using sanitisers are precautions that had to be taken by the people. He went on to state that the government would take strict action against those persons not following the guidelines and would even consider locking them up. Sawant said that the police have been told to implement the guidelines strictly and if required place the violators in lockup.

With COVID-19 cases increasing, and certain hotspots emerging in certain areas of the State that are not geographically connected, there exists the possibility that before the end of the week there could be more containment or micro containment zones.

Goa, as a State is a very compact land and it is feasible to commute on a daily basis from Canacona to Panjim, which makes it possible for the virus to reach any part of the State from just one spot. And that is what happened in the State. Take the case of Goa’s first containment zone that was at Mangor Hill in Mormugao taluka.

One may have thought that the next containment zone would be somewhere around that spot, but instead Mangor Hill led to the second such zone in Morlem, Sattari taluka, that had cases connected to Mangor. It is only now, that Zuarinagar area, that is not far from Mangor Hill that has been declared a containment zone.

The quickening spread of the virus, with pockets in various places, cannot be ignored. Aside from Mangor Hill and the other major locations of Sada, Baina, Curtorim, New Vaddem, Chimbel, Zuarinagar, Sanquleim and Morlem, the spread of the virus appears to be more in the South Goa district than in the North. To this list can also be added Margao, that has a containment zone in Moti Dongor. Besides, it is especially worrying the number of cases that are being linked to Ambelim, as also the isolated cases that are appearing in various places that have no connection with any of the hotspots. There are single cases in Pilar, Verna, Sanguem and Pirna in Mapusa.

Trends around the world show that the cases keep rising for weeks, before the curve begins to flatten. What happened in Goa is slightly different, as after its seven cases in March-April there was a long gap before the cases began to show again in mid-May.

It is after this that the curve in Goa began to take a steep climb, and is still pointing upwards. So far, since the beginning of June when the Mangor Hill cases surfaced, Goa has not be able to keep the cases down. It is when the number of new cases begin to consistently drop that Goa can look forwards to seeing the curve flatten.