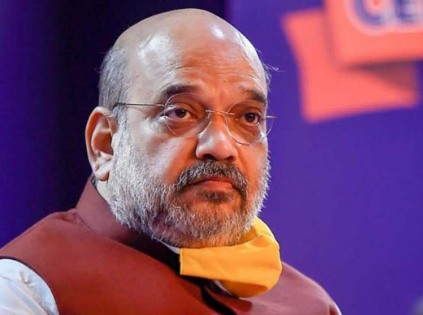 In a follow-up to the designated MP/MLA court in Bidhan Nagar, West Bengal which issued summons to Union Home Minister Amit Shah to appear either personally or through a lawyer before it on February 22 in connection with a defamation case lodged against him by Abhishek Banerjee, the Central Bureau of Investigation (CBI) entered the home of Trinamool Congress (TMC) MP and nephew of Chief Minister Mamata Banerjee on Sunday morning in a coal smuggling case. Abhishek Banerjee’s wife has been asked to join the probe in the alleged case of coal smuggling. This comes ahead of the upcoming West Bengal Assembly elections slated to be held in April-May which is likely to be a fierce one. The Centre, through its machinery, is knocking at the doors of BJP’s arch rival Mamata Banerjee and it is not surprising when Banerjee who was part of the BJP-led government and a minister in Atal Bihari Vajpayee’s government at the Centre is now at daggers drawn with Modi and Shah. It is a matter of saving herself from slipping from the power in her State, which she grabbed after painstaking efforts by dislodging a nearly two and a half decade Left Communist Party of India (Marxist) government.

In an another surprising and quick move 125 companies of Central security forces will be stationed in West Bengal ahead of the Assembly elections, dates of which are yet to be announced. By February 25, at least 125 companies will arrive in the State to maintain law and order during the election campaign. According to Election Commission officials, there will be 60 companies of the Central Reserve Police Force (CRPF), 30 companies of the Sashastra Seema Bal (SSB), 25 companies of the Border Security Force (BSF) and five companies each of the Central Industrial Security Force (CISF) and the Indo-Tibetan Border Police (ITBP). This early dispatch of the troops has come as a surprise for the State administration. In fact, the Centre is trying from all ends to ensure that Banerjee remains in her cocoon fighting her battle internally.

To add further fuel to the fire, Prime Minister Narendra Modi will be visiting West Bengal along with Assam on Monday. During his visit to West Bengal, PM Modi will inaugurate several railway projects, which is a Central subject, in Hooghly. In a series of tweets, the Prime Minister said, the great soil of West Bengal has nurtured extraordinary individuals who have contributed towards national progress. He said, it is our vision and effort to ensure West Bengal gets top quality development. Prime Minister said he will inaugurate the extension of Metro Railway from Noapara to Dakshineswar. This 4.1 kilometre extension has been constructed at a cost of Rs 464 crore. He said this project is special because it will improve access to the sacred Maa Kali Temples at Kalighat and Dakshineswar. In fact Kalighat is very close to Chief Minister Mamata Banerjee’s home which at one time Prime Minister Vajpayee had visited.

Prime Minister Modi on Monday will also inaugurate the third line between Kalaikunda and Jhargram over a stretch of 30 km of the 132 kilometre long Kharagpur-Adityapur, which was sanctioned with an estimated cost of Rs 1312 crore. These projects will ensure better operational fluidity, less journey time and enhanced safety of train operations as well as boost the overall economic growth of the region. It will be interesting to note whether Chief Minister Banerjee will attend all these events at her backyard or not?

When Prashant Kishor recently predicted that BJP would struggle to cross the double-digit mark in the 294-member West Bengal Assembly, it did not come as a surprise. It was perfectly in sync with what is known of him. Kishor, an independent political consultant, gets into the character of the party he is currently advising. This time around, he is working for TMC Chief Minister Mamata Banerjee. In his decade long career as a political strategist, Kishor has worked with all major political parties and seen many political fights. However, the upcoming West Bengal election might be his litmus test and toughest ever. His detractors have held that the secret of his success has been to cast his lot with the winning side like Modi in 2014, Nitish Kumar in 2015 in Bihar and Kejriwal in 2020 in Delhi and several others and this is his opportunity to prove them wrong. After all, in Bengal, he is up against Amit Shah and Modi once again, known as political Chanakyas and master strategist to beat all odds.