Union Health Minister Dr Harsh Vardhan has cautioned people on turning complacent regarding the COVID-19 precautions just because the vaccine is already being administered. 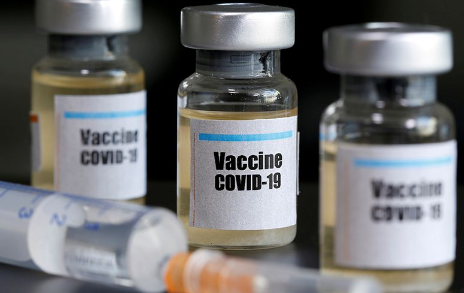 His advice is that COVID-appropriate behaviour be followed for ‘at least a few months’ so as to stop the chain of virus transmission. This cannot be faulted, for as India experiences another surge in COVID-19 cases, with Maharashtra not ruling out another lockdown, all precautions have to be taken to break the chain of transmission so that a second wave of the virus does not engulf the country. India just can’t afford another period of restrictions such of the kind that were in place last year when cases of the virus first arose in the country.

The good news is that as of now, despite the spike in cases there is no link of this to the new strains, though there have been reports of some of the strains being detected in several places in the country. The government is also hopeful that the spurt will be just temporary and will not continue for long. For that matter, after last week’s continuous rise in daily cases in Goa, that had again touched a three figure number last Friday after having been in the lower double digits, the cases have already begun dropping in the State. The signs are positive but that should not lead to a smugness that could have a negative impact on the precautions.

Related to this is the fact that vaccines, though they have begun to be administered in the country, the percentage of persons that have received the two doses is still very low. After the first round, where medical frontline staff received the vaccines, followed by police personnel on the field, the government has now allowed senior citizens and those between the age of 45 and 59 having co-morbid conditions to receive the vaccine. For senior citizens it is a first come first served basis, where one does not have to register in advance. While this is welcome, on the first day of the vaccine administration for senior citizens, there was an unpalatable incident in the State capital where a group of people led by a social worker attempted to jump the queue.

A few weeks ago, the government had withdrawn permission granted to a private hospital for administration of COVID-19 vaccinations when it surfaced that non-medical persons who were related to the hospital management had been enrolled for the vaccine. If the government can act strict with erring hospitals, it should also ensure that jumping of queues will not be tolerated in the COVID-19 vaccination administration. A strong message has to be sent out to the people that they will get served – or rather administered – the vaccine depending on the time of their reaching the vaccine centre. Senior citizens who had been waiting for hours cannot be forced to wait further just because some influential person makes a dramatic entry.

The number of people registering to receive the COVID-19 vaccine is increasing in the country and in Goa. That gives hope that people are concerned and want to get inoculated against the virus. The question, however, is whether the existing system can serve all those who have registered for the dose. For a country with a population of over 1.3 billion, the vaccine administration is going to be a gigantic task. The best way to avoid confusion at the vaccine centres would be prior registration, but again in a country like India not everybody can have access to the digital media, so other forms of registration would also have to be provided. It is a major exercise and only everybody’s cooperation will see it through.