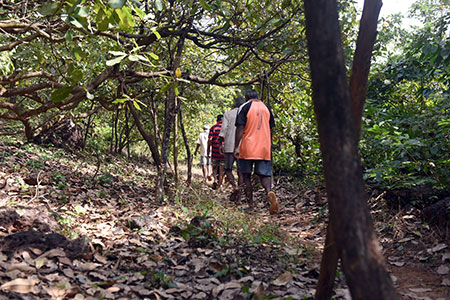 mapusa: In a boost to the protesting farmers who have been affected by the upcoming Mopa International Airport project, various groups have come forward to support them and have threatened to agitate on a national level, if the government fails to fulfill the demands of those farmers.

This comes against the backdrop of the recent one-day hunger protest that was staged by the villagers of Tulaskarwadi, who had demanded that the government returns back the excess land that had been acquired for the project. They had also objected to the plans of acquiring additional land for the National Highway (NH).

SBXS President Sanjay Barde stated that they are going to file a police complaint against the land acquisition officer for acquiring land by giving false assurance of providing jobs and thereby fooling the people.

These people were promised that they would be provided with jobs, in the letter given to them by the land acquisition officers. These letters were issued in 2004.  However till date, nobody has been given any job,” he added.

He also pointed out that now some people are being given security jobs, but that they don’t want that. We want government jobs for these people" Barde remarked.

Besides the proposed nationwide agitation, he added that a huge morcha will be held to the Goa Legislative Assembly where more than 3000 people from across Goa will participate.

Elaborating about their nationwide agitation plans, he said a huge morcha will be called in the Goa Assembly.

Speaking about their other contentions, Barde said the MDR leading to the Airport has been declared as NH66 and that the NGPDA is now trying to commercialise the area around under ODP. “Excess land will not be given to the government since this land and forests belong to the people", Barde added.

“For the last three years, these people are unable to cultivate their forests, which is their source of livelihood and the government will have to compensate for the same", Barde added.

GKMSS alleged that the government has illegally acquired the land for Mopa airport and they will not allow the government to complete the project as it is a matter of livelihood of the common people as well as protecting the environment.

MVPX President Sandip Kambli alleged that, "The land is acquired but till date 60 to 65% of the farmers have not accepted the compensation. Since 2007, we have been fighting this battle. Several petitions were filed, NGT was approached and later when the final order was supposed to be given, the judge was transferred.”

Kambli further added that they are going to file a contempt of court against the g government for not fulfilling the conditions laid down by the Supreme Court." There are more than 100 such conditions, which haven’t been fulfilled. These include air pollution, noise pollution, effect on sources of natural water and more,” he said.