All EDM festivals cancelled in Goa including the big-ticket EDM gig; Tourism Minister Babu Ajgaonkar had cleared it and sent file to CM 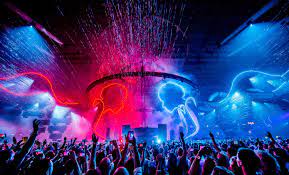 Speaking to the media, Sawant said, “We will not allow Sunburn festival this year. We have not given permission.” However, he did not disclose the reasons for refusing the permission.

Last month, the organisers of the festival – Percept Live – had announced the holding of the three-day event at Vagator beach from December 28 to 30 for fully vaccinated participants and with limited capacity. It had also started registrations for the festival online and the sale of tickets from November 1.

Reacting to the development, Deputy Chief Minister Manohar (Babu) Ajgaonkar, who holds the tourism portfolio, said he had approved the file for holding the Sunburn EDM festival and had sent the file to the Chief Minister’s Office (CMO). “It is entirely prerogative of the Chief Minister whether to refuse or grant permission to Sunburn festival,” he said.

Ajgaonkar added, “We need such festivals. We will try to hold the event in January or February next year if the State completes double vaccination.”