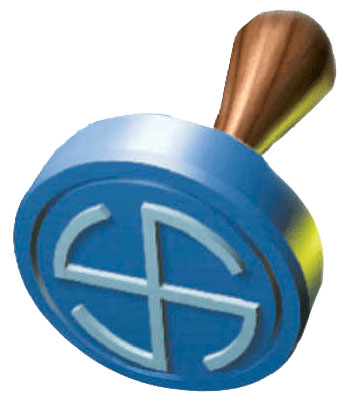 PANJIM: After a long delay, elections to 11 municipal councils will take place on March 20, five months after the term of the existing councils ended in November 2020. The municipal areas will go to the polls along with Corporation of the City of Panaji (CCP), whose current term is set to end next month.

The State Election Commission (SEC) also announced that pending bye-elections to 22 different wards of village panchayats, the Navelim zilla panchayat constituency and also to ward 9 of Sanquelim municipality will be also held on March 20. Counting for all, will take place on March 22.

With the SEC announcing the poll schedule, the model code of conduct has come into force within the jurisdiction of the poll-bound areas with immediate effect.

The elections to the 11 municipalities – Mormugao, Margao, Mapusa, Bicholim, Cuncolim, Curchorem, Quepem, Canacona, Sanguem, Pernem and Valpoi were due in October 2020, however, in the wake of the rising COVID-19 cases, the elections were postponed by three months.

In January, last month, the Commission further postponed the polls. The State government had asked the SEC to hold municipality polls and CCP elections together, in order to avoid a prolonged period of code of conduct, which would result in halting development works and allied activities.

Filing of nominations will begin on February 25 and end on March 4, except for February 28 it being Sunday. Scrutiny of applications will take place on March 5, while withdrawal of candidature will be allowed on March 6.

The model code of conduct has come into force from Monday in areas where the polls will be held, Garg said.

The Election Commissioner said that the Election Commission of India (ECI) has issued a detailed Standard Operating Procedure (SOP) to be followed while conducting the election process and the same would be adopted. “Though the COVID-19 situation in the State is under control, all precautions have to be adopted to avoid any spread of the virus,” he said.

Except for by-elections for the Navelim ZP constituency, the polls, in the rest of the places, will not be fought on party lines. 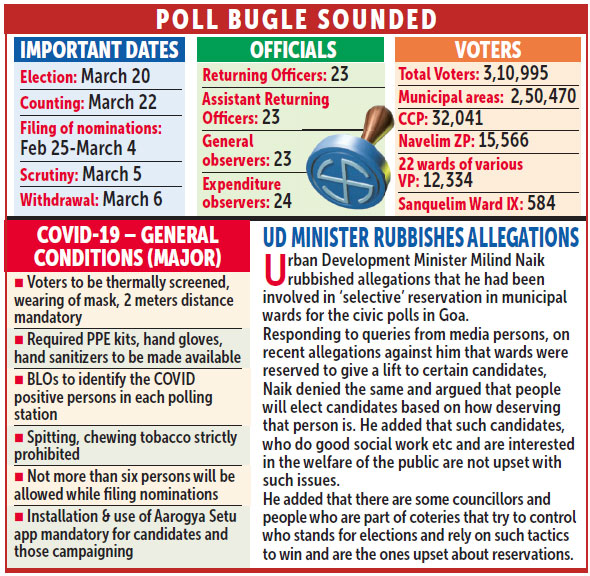