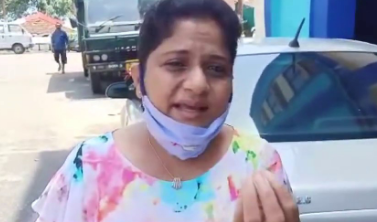 VASCO: Complaining of no ration supply to the residents of Khariwaddo, local councillor Lavina D’Souza reiterated her demand to de-seal the ward as the fishermen are all set to begin the new fishing season.

She claimed that coronavirus cases in her ward are under control and only two people have been admitted to the COVID hospital.

“It has been nearly 20 days since the area was declared as containment zone and the groceries have not been supplied to the people even once,” she claimed.

The councillor informed that 70 COVID patients from the area have almost recovered. “We have only two cases of senior citizens with co-morbid conditions and they are in the COVID hospital,” she added.

“Since there are no new cases reported in my ward, the area is not yet de-sealed. We also have the fishing community in the entire ward and is set to begin the new fishing season from Saturday onwards,” she said.

“Considering all these conditions, the authorities must de-seal the ward and allow people to engage in fishing activity, especially because they had a bad season last year," D'Souza urged.

A senior citizen from Kharewaddo asked as to what are they supposed to do when they don’t have anyone to look after them and that they have to work on their own. Due to sealing of the area, their movement has been restricted.

An elderly woman complained that due to the sealing of their area they have no source of income and they are deprived of the essential items.