Defector candidates have no place in any party including ours, say Goa TMC founder members 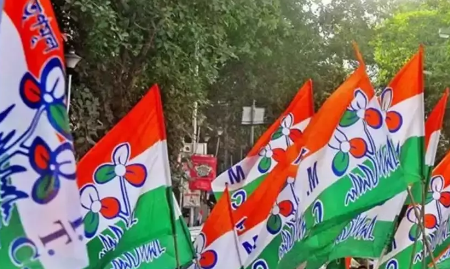 VELIM: Senior and up and coming leaders of the TMC, all founder members of the Goa TMC, have in one voice reflected the people’s sentiment across constituencies, especially in South Goa against giving tickets to those who defected from parties and “ enjoyed the perks of tan MLA without going to the people”

Rajendra Kakokdar, a founder member of the Goa TMC who has travelled extensively and is considered a member of the party think tank told Herald “Our politics and our state needs to be reclaimed. And that is the kind of clean politics we must espouse. We have always maintained that a person, who has ever defected from a party after winning the elections and jumped to another party without resigning as an MLA, should find no place in any party as a candidate”.

He added “These people cannot be given any leadership or decision-making roles, especially as candidates” Kakodkar also echoed the sentiments of the people, specifically in Salcete and other parts of South Goa. “Let us not underestimate the absolute resentment the people have. They were shocked when 10 MLAs defected from the B JP to the Congress (in 2018), but now they have the power and opportunity to teach them a lesson”.

Endorsing Kakodkar, was Dr. Jorson Fernandes, a front runner for the TMC ticket in Cuncolim, a person with an impeccable track record of integrity and decency in politics. The veteran, one of the first people to embrace the TMC, highlighted how emotional and hurt people really are at the grassroots. It may be recalled that both the Cuncolim MLA Clafasio Dias and the Velim MLA Felipe Neri Rodrigues belonged to the unsavoury set of ten Congress  MLAs who backstabbed the people of their constituencies and became a part of the merger gang who joined the BJP’

“People have said that these MLAs did not just steal the votes, but they ran away with all the ballot boxes containing their votes and gave them to the BJP”, said Dr. Jorson. He then added significantly “This is not acceptable in any party and TMC should and will be careful not to make any of these defectors candidates.

Meanwhile, Velim ticket aspirant and hopeful, up and coming Antonio Clovis Da Costa, hailed by locals for his bold statement on TMC keeping criminally charged candidates out said,  “Not giving tickets to defectors is not just a sentiment in Velim, You go anywhere and you won’t find a single person endorsing defectors. It is unbelievable how strong the sentiment of the people is. TMC, I’m confident will tap into people’s sentiments and respect it”

Elsewhere, Herald reporters fanned into constituencies to tap into these sentiments, In a tea shop at the junction of Velim and Assolna,  in a constituency where defector Felipe Neri Rodrigues of the BJP is desperate for a ticket, a  middle-aged man drinking tea remarked “Even if our dead bodies are dragged to vote, they will not vote for defectors”. That tells the real story.