Govt steps in with plan for stray cattle 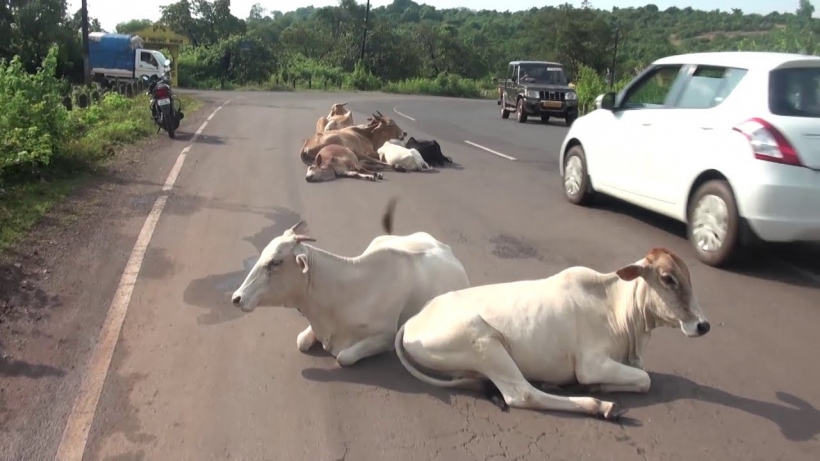 PANJIM: Realising the gravity of the stray cattle menace, Department of Animal Husbandry and Veterinary Services has formulated an action plan and enhanced financial assistance to NGOs working in animal rescue.

During the meeting attended by officials and representatives of goushalas, 20 hotspots (10 in each district) were identified and to give emphasis on removing the stray cattle found at these hotspots.

The government has now modified the District Society for Prevention of Cruelty to Animals (DSPCA) Animals Welfare and Rescue Scheme.

Animal Husbandry and Veterinary Services, Dr Marvin Lopes said that as per the last census, Goa has nearly 80,000 cattle, of which 15,000 is stray. He said that the High Court of Bombay at Goa, hearing a public interest litigation (PIL) filed by animal rights activist Kabir Gama Pinto had asked the government to formulate an action plan to keep stray cattle off the roads.

Lopes said the government has modified the DSPCA Animals Welfare and Rescue Scheme thereby enhancing financial assistance or grant-in-aid provided to goushalas. He said that though it was the responsibility of local bodies to provide cattle pounds in their areas many had failed to establish these while few were also creating problems to NGOs working towards the animal rescue.

Lopes said that Kalay village panchayat had objected to land being provided to a goushala. “The land situated in Kalay panchayat belongs to Sanguem Municipal Council, which is ready to give to the goushala. But Kalay panchayat is creating problems and we are trying to seek court intervention in the matter as the petition is coming up for next hearing on September 21,” he said.

Lopes further said that the government has decided to directly disburse the grant-in-aid to the NGOs and not through the local bodies.

Swati Shilkar of Dhyan Foundation Animal Rescue, Goa said the meeting was positive and opined that the government should provide land to the NGOs since due to space constraint it was becoming difficult to keep impounded cattle. She said that the government has prima facie agreed to give land and also disburse grant-in-aid on time to NGOs.