In Ponda taluka, all four Ministers have gained success with their candidates winning in most of the wards. 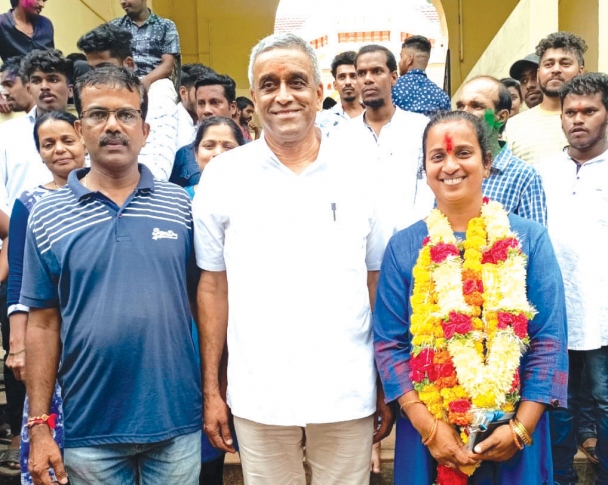 VASCO: The elections held in 186 Village Panchayats within six months of the Assembly polls have brought to the fore the performance of the MLAs.

Almost all MLAs had fielded and supported mostly their workers and supporters as candidates even as they faced workers' wrath due to many of them entering the fray.

Panchayats Minister Mauvin Godinho has taken control of both - Chicalim and Chicolna-Bogmalo Village Panchayats in his Dabolim constituency.

Health Minister Vishwajit Rane also claimed that the candidates supported by him have won in Village Panchayats falling in his Valpoi constituency.

In Ponda taluka, all four Ministers have gained success with their candidates winning in most of the wards. Power Minister Sudin Dhavalikar showed his supremacy with his panel securing a majority in all six Village panchayats of the Marcaim constituency.

Arts and Culture Minister Govind Gaude had success in four village panchayats and is locked in a tie with two other panchayats with rival MGP-backed candidates winning in 50 per cent of the wards.

Agriculture Minister Ravi Naik has also managed to win a maximum of six candidates in the 11-member Curti-Khandepar Village Panchayat while the remaining five have been won by MGP-supported candidates.

Mandrem MLA Jit Arolkar said that the panel supported by him has won a maximum of five seats in the Agarwada-Chopdem Village Panchayat and expressed confidence that a new sarpanch and deputy sarpanch will be from his panel.

Cuncolim MLA Yuri Alemao too claimed victories in five of the seven Village Panchayats falling within the limits of his constituency. He said that panel supported by him has won in Macazana, Guirdolim and Chandor-Cavorim Village panchayats even as three candidates were declared elected unopposed from Chandor-Cavorim panchayat.

Quepem Congress MLA Altone D’Costa suffered a blow when his brother Samzil was defeated in Fatorpa-Quitol Village Panchayat. However, the MLA had consolation when the panel backed him and wrested the Morpirla Village Panchayat.

Yuri and Altone further claimed that their candidates have also won in Balli-Adnem Village Panchayat.

Revolutionary Goans Party (RGP) lone legislator Viresh Borkar too claimed success in his St Andre constituency. A panel backed by him won in four wards of Azossim-Nandur Village Panchayat and claimed to support one elected panchayat member to form the majority.